The highly influential writings of Sayid Qutb,generally regarded as the 'father of the modern Jihad movement' (a.k.a terrorist movement), such as Fi Zalal al-Koran, have at their core the argument against the western tendency to seperate church and state.

This is the main objection of the Jihad movement and an objection that is vociferously voiced. 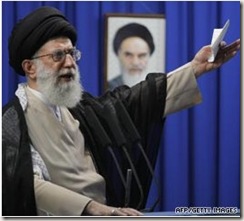 As the Vatican discovered in the last century it is highly detrimental to a religion to formally politicise it's actions. Israel has also witnessed the same process – the de-ethicalisation of it's religion.

In Iran we,today,also see the folly of attempting to graft the power of the state onto the roots of a religion. It ends up with an impotent hybrid that eventually withers away.It is not a protesting public that most harms the tenets of a religion – but it is the bitter and power hungry response of so-called 'spiritual men' who deal the death blow.

What happens in Iran today more clearly defines the tenets of Islam than anything the Jihadist movement has done in the last 30 years.It more clearly reveals to the world what is truly meant by a ruling Caliphat. It seems to differ little from self-centred capitalism or elitist communism.

We are witnessing the clearest statement yet of what is really meant by democracy in a Muslim state where the 'church' is not seperate from the state. 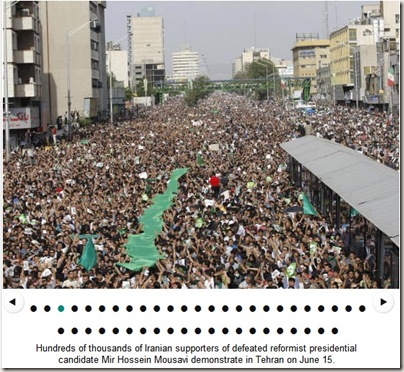 It is always interesting to watch massive movements of public opinion,political activism,religious fervour. To be a bystander of events that herald massive change, a quantum shift in the perceptions. Of course, it's always easier to opinionate on circumstances in which we are not directly involved.

Much harder to apply Michael McFaul's words on a personal basis.

Consider all the events in your life experiencing that you had one time thought totally impossible and yet which turned out to be absolutely inevitable.

Then,if I may respectfully suggest, consider this:

the reality of One-ness,all of us and everything being directly interconnected, may seem wholly impossible to you at this time.Yet a small shift in perception will demonstrate the inevitability of this reality.

we are what we perceive…… 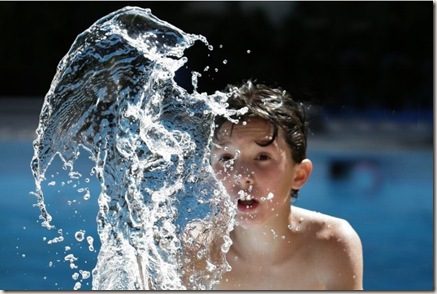 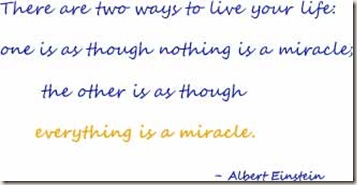 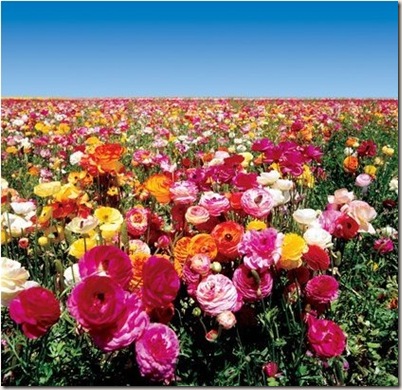