"Love cannot endure indifference. It needs to be wanted. Like a lamp, it needs to be fed out of the oil of another's heart, or its flame burns low". 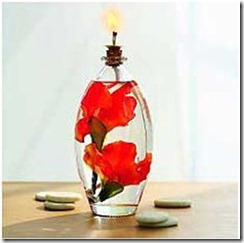 Ayodhya- the new word for SHAME

A secular court has now made a judgement about this disputed 'holy' site.

In essence the three protagonist parties will share the site.

Once again we see secular society teaching ethics and morality to 'old religions'.

If only these 'religious' participants could have embraced 'One-ness' and come to the decision to share the site themselves.

What difference would it have made?

There is nothing 'holy' about a 'religious' site that has claimed 2,000 lives upon the altar of hate!

It were better if all three of the protagonists 'religions'  in this case agreed to utilise the disputed land to erect a memorial to all those who died – and spent the rest of their lives praying daily there for the souls of the murdered innocents.

Ayodhya is the Indian word for 'shame'….if it wasn't before, it is now!

"the way Sir Willoughby continues to speak through the answers of other characters, returning to notice their replies only when his own vein of thought is exhausted" is a "wonderful observation of human speech"